The delivery of ScioTeq’s 6000th display to Pilatus takes place in the year that ScioTeq and Pilatus are celebrating their 20th year of collaboration. A perfect moment to invite Kristof Vierin (VP Avionics Sales & Marketing at ScioTeq) and Bruno Cervia (VP Research & Development, Deputy CEO at Pilatus), to reflect on the past 20 years.

”It all started in 1997, at a display seminar in London, where I happened to sit next to a Pilatus engineer,” says Kristof Vierin. “After a chat about our display plans, we were invited to a meeting in Stans, Switzerland, to talk about a new aircraft development."

“At that time, we were developing a new trainer, the PC-21”, continues Bruno Cervia. “The 21 in PC-21 stands for the 21st century because our new trainer needed to be ready for the requirements of the upcoming 21st century. After interviewing several air forces and asking them where they saw military training heading in 20 years, it was clear that a new, more sophisticated trainer was needed. One of the main differences was that future fighter pilots would be exposed to much more information and that we needed to offer an expanded training syllabus to cope with the new requirements. To offer that, we needed to rethink the entire avionics suite.” 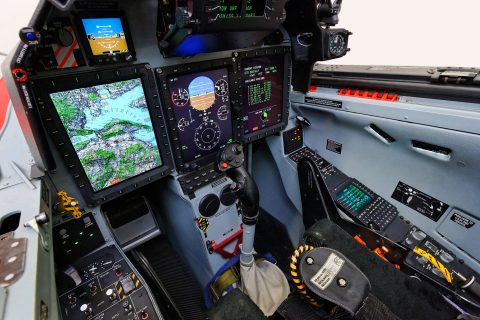 “Innovation was key for this new avionics suite. Back then, the majority of avionics suppliers offered square LCD’s, as used in the F16 and F18 platforms. Because we wanted to provide the pilots with more information and a better user interface, the screens needed to be bigger. ScioTeq (Barco Avionics as it was called back then) immediately understood our needs, and not much later they visited us with a 6”x8” display demonstrator. ScioTeq solutions were probably the first smart 6”x8” avionics displays on the market worldwide.”

Kristof: “We were able to provide some rather convincing demonstrators. For example, the sunlight readability requirement was very demanding. After some tweaking and fine-tuning, we joined forces for the development of the PC-21 program. Over 20 years later, we are now delivering the third successor version of Primary Flight Displays and Multi-Function Displays."

In ScioTeq, we found a reliable and flexible partner. We can talk about new ideas, they can understand them and develop a new product.

Bruno: “Innovation is not only about ideas, but making ideas happen. In ScioTeq, we found a reliable and flexible partner. We can talk about new ideas, they can understand them and develop a new product. A product that meets all certification requirements and delivers good quality making sure that Pilatus can deliver excellent products to our customers.” 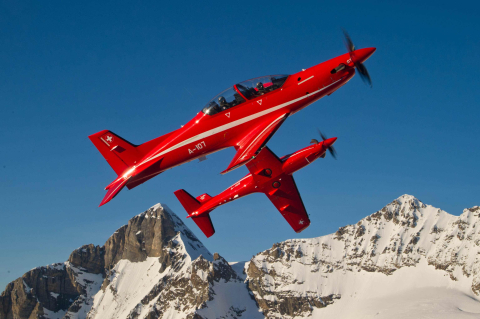 Kristof: ”Our performance on the PC-21 program at the time seemed to resonate very well with Pilatus. When Pilatus launched a new full-glass cockpit on the PC-12 in 2006, we were introduced to Pilatus’ Business Aircraft Division System Integrator, Honeywell, who then started considering our display technology for use in their Primus APEX suite. Now, 14 years later, we are happy to announce that we have supplied well over 5200 KDU-1080’s (a 6”x8” DAL A Video Display) for the PC-12 and about 700 DU-1200’s (a 10”x8” DAL-A Video Display) for the PC-24."

Bruno: “When you have an excellent product and others ask you for advice, it’s easy to answer that call. The proof of the pudding is in the eating; seeing the product is very important. The customer experience, the touch and feel, is essential in the cockpit. You never compromise on customer experience.” 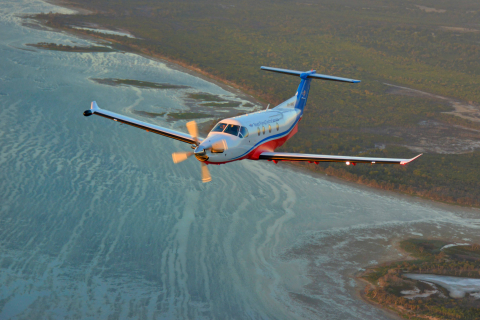 Kristof: “Pilatus is obviously an early adopter of new and state of the art cockpit technologies. This goes for all their aircraft, whether you look at their range of trainers (PC-21 and PC-7 MkII) or their range of business aircraft (PC-12 and PC-24). We always conduct upfront roadmap alignment meetings, making sure that our internal development programs are in line with the customer expectations in terms of future evolutions.”

Bruno: “Our relationship goes beyond our OEM-supplier relationship. ScioTeq is an integral part of our development team, and their role is much appreciated. They are a Trusted Partner. That’s why ScioTeq better understands our needs. If we want to be successful together, this relationship must be maintained. We cannot be successful without such partnership and collaborations. The biggest frustration with a supplier nowadays is the need to restart a relationship with new management every second year. I’m talking today with the same person I met 20 years ago. When a new situation arises, we talk to each other, and we don’t have to repeat ourselves every time.”

Kristof: “That’s why, in the past 20 years, ScioTeq has provided displays for the PC-12 and PC-12 NGX, PC-21 and PC-24. Pilatus knows and uses almost the complete ScioTeq avionics line-up, from video displays and smart displays to ScioTeq’s EASA and FAA certified MOSArtTM Certified Modular Open Architecture Software platform."

For us, MOSArt is an intrinsic element; its modular concept enhances agility. Thanks to MOSArt, we are capable of satisfying our customer’s needs.

Bruno: “For us, MOSArtTM is an intrinsic element; its modular concept enhances agility. We need to be agile because we have to customize our cockpits for each customer. Time-to-market is key here. Thanks to MOSArtTM, we are capable of satisfying our customer’s needs. We need to have a running software that allows our product to be customizable in a short time. This is a very successful idea, one of the keys of ScioTeq success."
“Another key to this success story is that ScioTeq is a reliable partner. There is never any hint of panic, because of their high standards and the high quality of their products. Working ahead, upfront and making sure that you deliver high-quality products; that avoids problems down the line. For the platforms that we are working on closely with ScioTeq, the reliability numbers are excellent. We are delighted to have a partner like ScioTeq and we look forward to continue our relationship.”

Can't find what you are looking for?